NormanAid Wellness Center offers affirming mental health services to LGBTQIA+ identified youth, families and allies. Learning about your gender identity and sexual orientation or how to be a supportive ally, can feel overwhelming sometimes. And it can be easy to feel alone or scared when you’re having these feelings. Reaching out to people who care about you and understand what you’re going through can really help. If you’re struggling, reach out! You’re not alone.

Utilize NormanAid Counselors - we would be happy to be your ALLY!

If you need help with the coming out process, a NormanAid Counselor can support you. We can even meet with you and the person(s) you want to come out to and support you through the conversation.

NormanAid provides an inclusive environment, resources and support for transgender and gender-nonconforming students. BHHS students who need help communicating with teachers and staff their authentic gender, can work with their school counselor or BHHS Wellness Counselor and create a Gender Support Plan. We are here to help you create a shared understanding among school staff about the ways in which your authentic gender will be accounted for and supported at school.  The School Success and Opportunity Act (Assembly Bill 1266)

Adolescence is the dawn of sexual attraction. Teens are beginning to discover what it means to be attracted romantically and physically to others. And recognizing one's sexual orientation is part of that process.

WHAT IS SEXUAL ORIENTATION?

DO WE CHOOSE OUR ORIENTATION?

Being straight, queer, or bisexual is not something that a person can choose or choose to change. In fact, people don't choose their sexual orientation any more than they choose their height or eye color. It is estimated that about 10% of people are queer. Queer people are represented in all walks of life, across all nationalities, ethnic backgrounds, and in all social and economic groups.

No one fully understands exactly what determines a person's sexual orientation, but it is likely explained by a variety of biological and genetic factors. Medical experts and organizations such as the American Academy of Pediatrics (AAP) and the American Psychological Association (APA) view sexual orientation as part of someone's nature. Being gay is also not considered a mental disorder or abnormality.

Despite myths and misconceptions, there is no evidence that being queer is caused by early childhood experiences, parenting styles, or the way someone is raised.

Efforts to change queer people to straight (sometimes called "conversion therapy") have been proven to be ineffective and can be harmful. Health and mental health professionals caution against any efforts to change a person's sexual orientation.

WHAT IS GENDER IDENTITY?

For a full list of definitions, read through HRC's Glossary of Terms. Visit HRC's Coming Out Center for more information and resources on living openly and authentically.

One's innermost concept of self as male, female, a blend of both or neither – how individuals perceive themselves and what they call themselves. One's gender identity can be the same or different from their sex assigned at birth.

External appearance of one's gender identity, usually expressed through behavior, clothing, haircut or voice, and which may or may not conform to socially defined behaviors and characteristics typically associated with being either masculine or feminine.

An umbrella term for people whose gender identity and/or expression is different from cultural expectations based on the sex they were assigned at birth. Being transgender does not imply any specific sexual orientation. Therefore, transgender people may identify as straight, gay, lesbian, bisexual, etc.

The process by which some people strive to more closely align their internal knowledge of gender with its outward appearance. Some people socially transition, whereby they might begin dressing, using names and pronouns and/or be socially recognized as another gender. Others undergo physical transitions in which they modify their bodies through medical interventions.

Clinically significant distress caused when a person's assigned birth gender is not the same as the one with which they identify. According to the American Psychiatric Association's Diagnostic and Statistical Manual of Mental Disorders (DSM), the term – which replaces Gender Identity Disorder – "is intended to better characterize the experiences of affected children, adolescents, and adults."

AT WHAT AGE DO KIDS "KNOW"?

Knowing one's sexual orientation or gender identity — whether straight or queer — is often something that kids or teens recognize with little doubt from a very young age. Some queer teens say they had same-sex crushes in childhood, just as their heterosexual peers had opposite-sex crushes.

By middle school, as they enter adolescence, many queer teens already recognize their sexual orientation, whether or not they have revealed it to anyone else. Those who didn't realize they were queer at first often say that they always felt different from their peers, but didn't exactly know why.

Becoming aware of — and coming to terms with — one's sexual orientation can take some time. Thinking sexually about both the same sex and the opposite sex is quite common as teens sort through their emerging sexual feelings.

Some teens may experiment with sexual experiences, including those with members of the same sex, as they explore their own sexuality. But these experiences, by themselves, do not necessarily mean that a teen is queer or straight. For many teens, these experiences are simply part of the process of sorting through their emerging sexuality. And despite gender stereotypes, masculine and feminine traits do not necessarily predict whether someone is straight or queer.

Once aware, some queer teens may be quite comfortable and accept their sexuality, while others might find it confusing or difficult to accept.

Like their straight peers, queer teens may stress about school, grades, college, sports, activities, friends, and fitting in. But in addition, gay and lesbian teens often deal with an extra layer of stress — like whether they have to hide who they are, whether they will be harassed about being gay, or whether they will face stereotypes or judgments if they are honest about who they are.

They often feel different from their friends when the heterosexual people around them start talking about romantic feelings, dating, and sex. For them, it can feel like everyone is expected to be straight. They may feel like they have to pretend to feel things that they don't in order to fit in. They might feel they need to deny who they are or hide an important part of themselves.

Many queer teens worry about whether they will be accepted or rejected by their loved ones, or whether people will feel upset, angry, or disappointed in them. These fears of prejudice, discrimination, rejection, or violence, can lead some teens who aren't straight to keep their sexual orientation secret, even from friends and family who might be supportive.

Coming out as LGBTQIA+ can be exciting, overwhelming, and sometimes scary. It’s different for everyone, and you’re the only one who can decide when the time is right.

What is “coming out”?

“Coming out” is understanding your own sexual orientation or gender identity and then deciding to share it with some or all of the people in your life. Coming out is different for everyone and there are lots of ways to do it. Some LGBTQ people choose to come out only to themselves, and not to anyone else. Only you can know what’s best for your life right now. Learn more about coming out.

Should I come out?

Coming out is a decision that LGBTQIA+ people have to face all the time, with every new person they meet. So it’s something you’ll probably do over and over again throughout your life. The way you approach and experience coming out might change, depending on where you are and who you’re with.

Coming out is a very personal decision. You — and only you — get to decide if, when, and how you do it. Coming out can be a really important step, and people should only come out if and when they’re ready and feel safe doing so. It’s never ok to pressure someone into coming out or to out a LGBTQIA+ person without their permission.

You might want to start by talking with other people who are LGBTQIA+.  Sometimes it’s also helpful to talk to adults you trust, like a counselor, social worker, teacher, or supportive family member, to help you decide when you want to come out, and who to come out to.

For all people — and young people especially — gender and sexuality can change and evolve over time. It might take you a while to fully understand your own sexual orientation and gender identity, and these things can shift as you get older. Sharing a big part of who you are as a person during the time that you’re trying to figure it all out can be complicated.

For a lot of people, coming out can be a great experience — especially if they have support from their friends, families, and communities. While it can make your relationships better and make you feel great, it can also feel scary depending on who you’re coming out to and what you think their reaction will be. And unfortunately in some places there’s a lot of homophobia, biphobia,  and transphobia — fear and hatred of people who are LGBTQ. If you think coming out might cause you harm — physical, emotional, or financial — you may decide to wait to come out until you have a plan to take care of yourself. Coming out is a process, and it’s different for everyone. There isn’t one right way to do it, and you can come out on your own terms in whatever way feels best for you.

Deciding who to tell can be an important decision. Think about the people you’re closest to and who would love and accept you no matter what — those people can help support you as you come out to others in your life. If you live with or depend upon your parents for financial support, and you think that coming out could get you kicked out of the house or put you in an unsafe situation, you might consider waiting to tell them until you’re more independent.

You don’t have to tell everyone at the same time. It’s a process, and it doesn’t need to happen all at once. While you might be super excited to share your sexual orientation or gender identity with the world, sometimes it’s best to deal with each situation and relationship separately and thoughtfully. Remember that it can be difficult to predict how someone will react when you come out. So try to be prepared for any reaction you might get — both positive and negative. And know that no matter what, you’re not alone. There’s no “right” way to come out. The way you come out has only one rule: it should feel right to you. If you think someone that you’re coming out to might have a negative response, it’s a good idea to have a plan for how you’ll deal with it. Set up some support ahead of time from a person who knows and loves you. For more support, read The Trevor Project Coming-Out-Handbook

Support for Queer People of Color in LA

Queer There Everywhere: 23 People Who Changed The World

The Book of Pride

Tomorrow Will Be Different

Found in Transition: A Mother’s Evolution during Her Child’s Gender Change

If I Was A Girl

5 Tips for Being a Good Ally

A Pledge To Allyship
Anatomy Of An Ally

Unlocking The Power of Diversity

The Death and Life of Marsha P. Johnson

The Curiosity Of Chance

The Perks of Being a Wallflower
Milk
Love, Scott 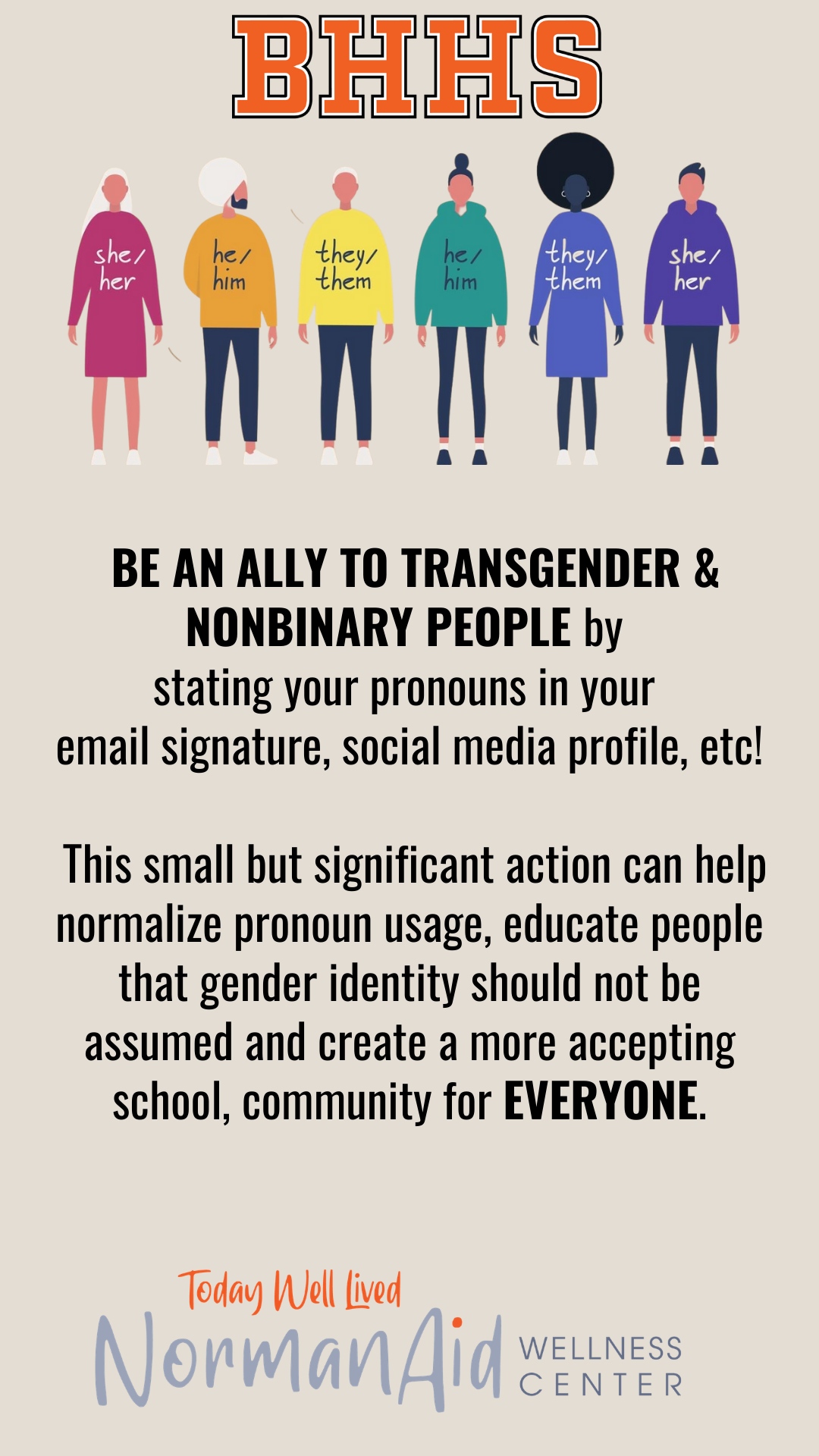